This week in Foundation they made some jam sandwiches and tried making some rockets to reach the moon, some of them got there and some didn’t! They also painted tinfoil planets!

In Year 1 they went on an exciting hunt to find bears, and when they returned to the classroom they played bear games and fed them some food.

During this week Year 2 have been doing a science experiment and in Maths they have been working hard on place value. They have also been making an i-spy book for the whole school.

Year 3 have been learning about magnets in Science and have found it very interesting. In ICT they have been using Scratch on the computers. Everyone was excited to see how they have made the entrance to their classroom look like a cave.

Years 4 have been designing Viking shields and they are learning Viking songs. They also enjoyed PE playing football with Tigers Trust.

During the week year 5 have been practising their class assembly about Amy Johnson and performed it on Thursday. They have also been making a solar system with sticks and conkers.

This week most of the Year 6 have been to Kingswood on their residential and by the looks of the photographs (& tired faces on their return) have had a lot of fun. Some of the Year 6 didn’t go to Kingswood, they joined Year 5 for the week and particularly enjoyed researching why Henry VIII had so many wives! 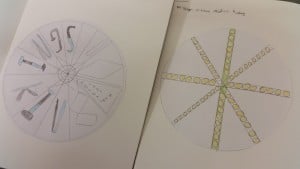 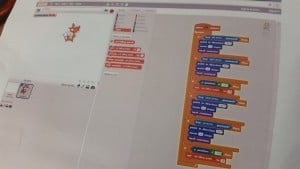